Skillet (“rustic, urban, food”) has been on my list of places in Columbus to try since… forever.  A few weeks ago, my Skillet brunch dreams finally came true.

My boyfriend and I drove to German Village, arriving at 8:45 a.m. on a Saturday morning, and were seated immediately at a table by the window.  Our waiter told us that 8-9 is the best time to come if you don’t want to wait.  (By the time we left, about an hour later, there was a line formed outside on the sidewalk.)

I wanted to order the entire menu, but decided on the smoked chicken and andouille sausage gravy and biscuits.  My boyfriend couldn’t decide between sweet and savory, so he started with a griddled cinnamon roll and then went with the Chef’s special – smoked brisket hash. 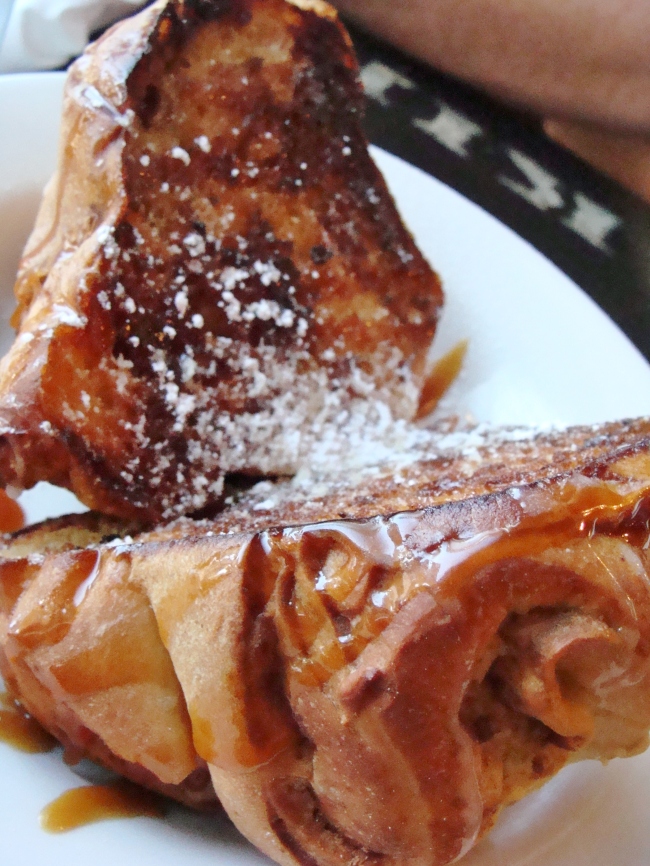 The cinnamon roll was massive, but surprisingly light.  Meaning you could eat it and not immediately feel like rolling up in a ball on the couch.  It was absolutely delicious.

And, obviously, it was not long for this world.

My selection was also massive – so much so, after a few bites, I had to call it quits.  Don’t get me wrong—the gravy was delectable, one of the best I’ve ever had, as were the homemade buttermilk biscuits.  It was just too much for me.  (We ended up taking the rest of it home for yummy leftovers.)

Now: My boyfriend’s smoked brisket hash was incredible.  I definitely had entrée envy.  The meat was tender, and the potatoes had such great flavor.  It was the perfect little skillet of fresh ingredients, with the star being the brisket. 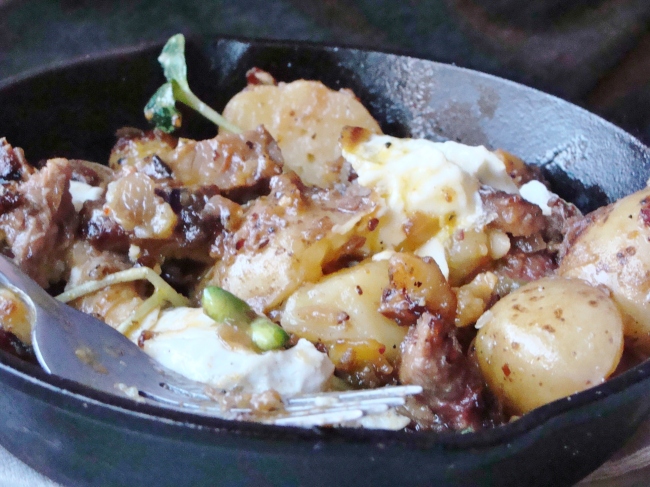 On our next visit, I am sure we will both order the Chef’s special hash, no matter what it is.  I trust that it will be amazing.

Last week, I had dinner with my sister and her fiance at Cooper’s Hawk Winery and Restaurant, a recent addition to Easton Town Center in Columbus.  I was a little nervous that my expectations were too high, but we had a great visit, due in large part to our fabulous server, Josh (if you are reading, you rock!).   After we expressed an interest in their fruit wines, he brought us many generous samples–even some we didn’t request!  I particularly enjoyed the blueberry, but settled on a full glass of the sparkling moscato – “sweet with flavors of candied lemon, ripe melon, and spiced pear.”

It seems like the general philosophy of Cooper’s Hawk is to offer guests a comfortable, relaxed experience.  Try anything you’d like, and if you don’t like it, they’ll find something that you’ll love.

One major plus?  When you are seated, they ask if you’d like a complimentary loaf of their pretzel bread.  And you, of course, immediately say, “Absolutely!” 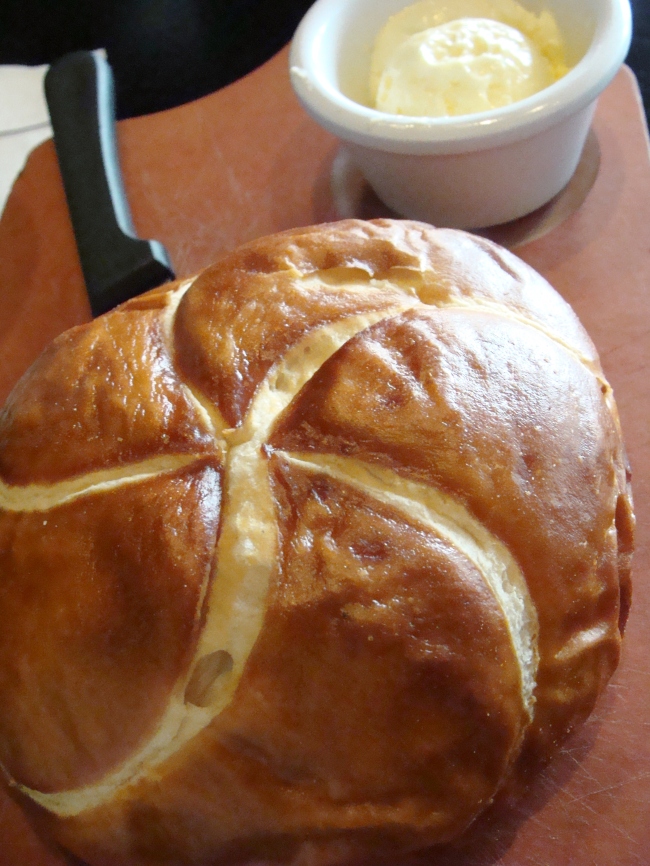 red wine mustard short ribs, served with roasted vegetables, crispy onion strings, and mustard beurre blanc over mashed potatoes. This was my entree, one I chose that morning after lots of Yelp-research and then daydreamed about all day.  The dish was pure comfort food and the short ribs had amazing flavor.  The only bad thing is now I will never order anything but this. 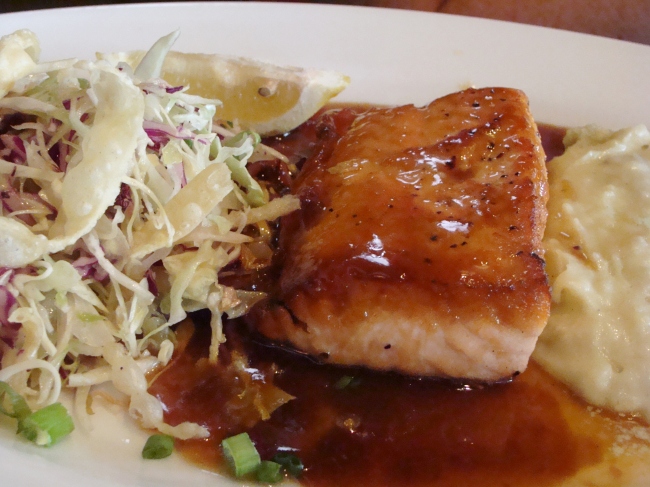 soy ginger salmon with wasabi whipped potatoes and asian slaw.  My sister ate nearly every bite of this entree so I can safely give it an A+.

sliced beef tenderloin sandwich with provolone, dijon mayo, and crispy onion strings on toasted ciabatta.  My sister’s fiance ordered this sandwich on the recommendation of our waiter, along with a side of “Betty’s potatoes,” shredded potatoes with white cheddar and scallions.

The verdict:  Tasty food that feels worth the price tag ($20-$25 for an entree) and very helpful waitstaff (at least in our case).  Crazy good pretzel bread!  Last but not least–complimentary wine samples galore!  Check it out.

You are currently browsing entries tagged with Columbus Ohio at The Cheesy Kitchen.