Folks, I just have one more meatball-related recipe for you – Italian wedding soup! 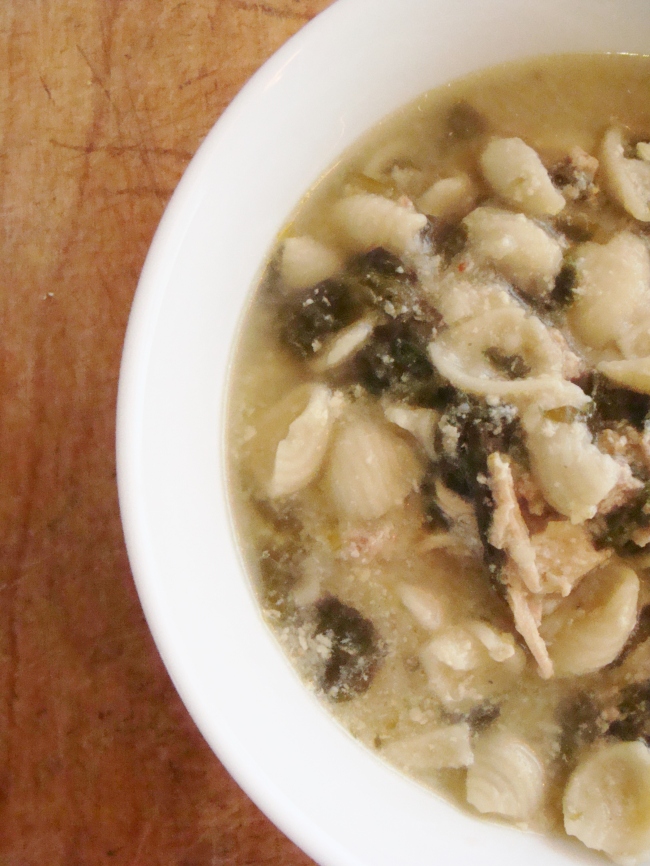 When I was a kid, I thought this was a soup that Italian people ate at weddings.  Seems logical, right?  Well I just Googled wedding soup and learned that “wedding soup” actually means “married soup”—referring to the marrying of the flavors of green vegetables and meat.  Now you know.

Typically, this soup contains some sort of green leafy vegetable, such as escarole or spinach or curly endive, and meat – usually a small meatball made of beef and pork, cooked in a chicken broth.

Chances are, you’ve had this soup before.  You’ve probably had several varieties.  For this soup, I used my own Italian meatball recipe.  I rolled smaller meatballs with this soup in mind, but you could totally cut larger meatballs in half or quarters.  Otherwise, I loosely followed Giada de Laurentiis’s recipe, with some minor changes and some additions to make the soup more hearty.  This girl needs sustenance!

A quick note:  You can really play with the ingredients of this soup.  Add as many meatballs or as much shredded chicken or as much pasta as you like, etc.  You get the idea! 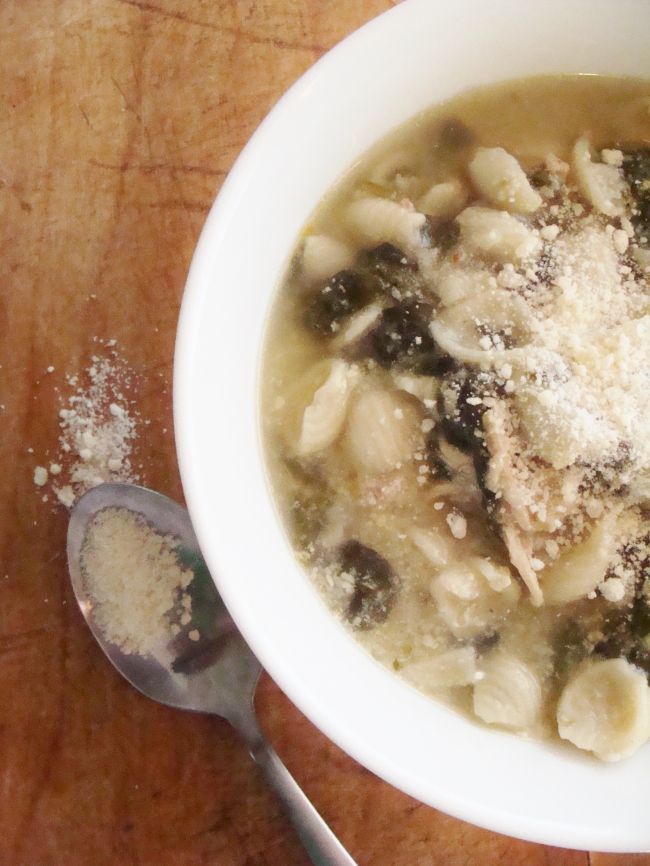 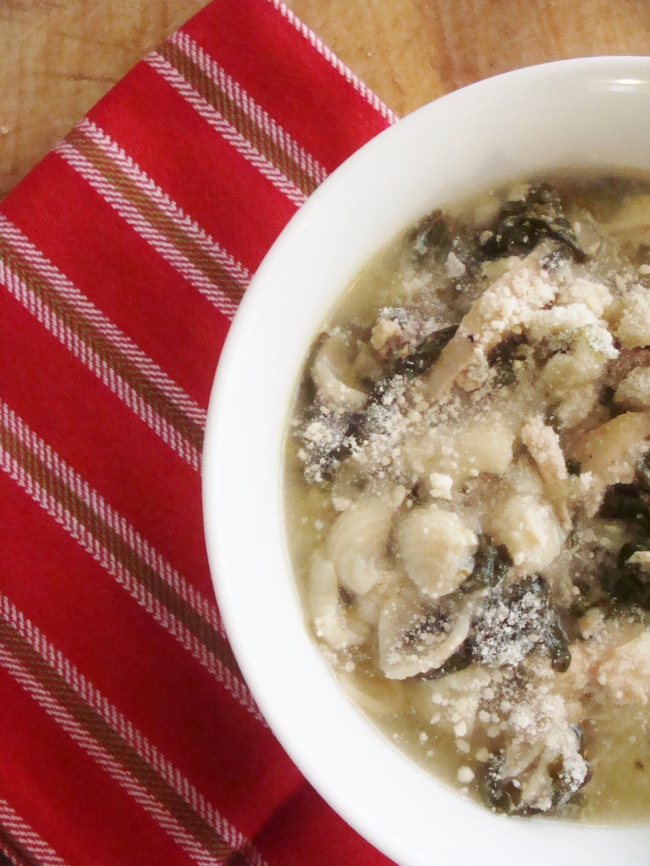 If your meatballs are not already prepared, make them! Otherwise, make sure you have the cooked meatballs ready to go.  If using meatballs that were previously frozen, I suggest defrosting them before adding to the soup.  Also cook and shred your chicken breast.

Bring the chicken broth to a boil in a large stockpot over medium heat.  Season the broth with the dried basil, salt, ground black pepper, and dried oregano, or an Italian seasoning blend of your choice.  Add 2 cups of small shells to the pasta and boil for 8 minutes, until pasta is tender.  Now add the meatballs and the chopped spinach to the broth.  Cook for 5 minutes, then lower the soup to a simmer.  In a medium bowl, whisk the eggs and the Parmesan cheese until blended.  Slowly drizzle the egg mixture into the soup, while continuously stirring the soup in a circular motion.  By stirring gently, you will form thin strands of egg in the broth.  This should take about 1-2 minutes.  Add the shredded chicken and stir well. Taste the soup, and season with additional salt and pepper as needed.

Serve in bowls topped with a sprinkling of Parmesan cheese.

Note:  Don’t be alarmed if your meatballs crumble while simmering.  Mine became so tender that they broke apart easily while I stirred the soup.  This is a good thing!

§ One Response to Italian wedding soup.

You are currently reading Italian wedding soup. at The Cheesy Kitchen.